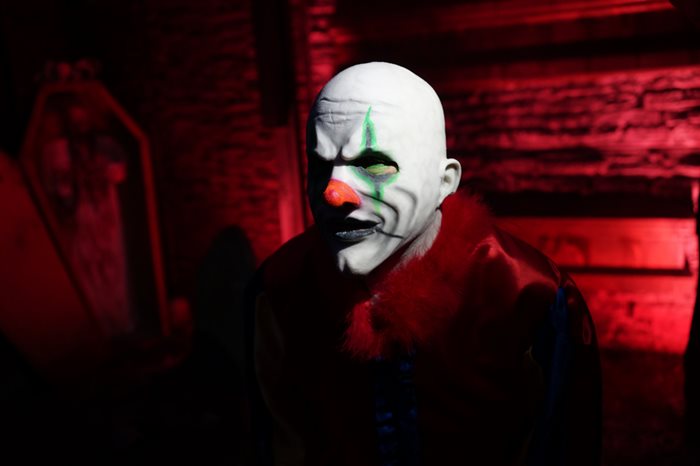 There are plenty of Haunted Houses in Houston. Some are better than others, and some will leave you walking out the exit with disappointment.  Before you take your friends and family to one of the area's haunted houses, read this.

You might notice some haunts claiming they have 3 haunts all in 1, or 5 haunts at 1 location.  This is all marketing hype. Its not really three haunts.  Its one building, and then then have seperate exits, in which if you only paid for section 1, you are exited before entering section 2.  But each section is small.   Of course when you are getting tickets, you want the full experience.  So you end up paying a preimum for all the sections.  The sad part is you are in and out of the entire attraction in less than 10 minutes.  Thats not value, thats a rip off.

Most haunts will on purpose make people wait in the que line for a good amount of time.   They let a small group go in, and then 10 minutes later they let the next group go in.  They want a line, and they want others to see the line, Its the whole illusion of a successful haunt.  Now I understand the value of a line from a marketing perspective, and I know you can't just run your customers through the haunt.  There needs to be separation between groups to ensure the actors can reset the rooms and show.  But the real evil is once you buy your tickets, you can't get your money back. Thats the way it works at Screamworld, and Phobia.  So if you buy a ticket, get to the line and realize you don't have 2 hours to wait, and go back to the ticket counter, they will give you the run around, and say only the manager can do that, but of course the manager is not available or anywhere to be found.  They know most people will give up and just leave.  The only haunt I am aware of that gives customers a refund is Terror Dome.  You have until entering the haunt to get a 100% refund.  Of course the second you enter the haunt there are no more refunds.

This haunt is located right off south 45 halfway between 610 and the beltway.  Its a great concept, as rather than just being a haunted house, they also have a nightclub, Stage, and concessions.  This is great for teens as there is more to do than just go through a haunt.  Unfortunatley the accomadations could use some work.  In my opinion they should have just put all the money into building a better haunted attraction, instead it looks like the budget was split between everything.  Budget was obviously thin, and everything lacks the details to make the experience worth while.

All Haunts are not Scary

I have not been to Kingwood Asylum, though I am suspicious as they have 28 reviews on google off of which are 5 star.  Considering 99% of the reviews were submitted exactly 4 months ago, during a time when the haunt is not even open, tells me they are all fake, and submitted by employees.

Screamworld is the big dog in town.  They have been around for over 25 years.  I personally compare it to a disney world style attraction.  Lots of detail on the inside and their sets and props are very impressive.  I wouldn't say its scary due to the fact that the characters all run up and scream at you.  Not a lot of surprises.  However I don't want to discount their attraction too much, they do put a lot of detail into their sets and costumes, more so than most other haunts.  The only negatives about scream world are the cost, and the lines.  Tickets start at $29 each, Parking costs $5 per car. And when things get busy they tend to run the customers through the haunt a little fast.  On busy nights you might have to wait in line for 2 - 3 hours.  Its best to go on a Monday or Tuesday when they are less busy. Its a large haunt, and considering groups move at different speeds, you are likely to bottle neck with others on the inside.  They were running a new group in the haunt every 90 - 120 seconds when we went, and still we ended up walking up on the group in front of us.  Parking used to be a dirt lot, but last time I was there, 30% of the lot had a black top on it.  I assume they are planning to asphalt the entire parking lot, which would be a nice improvement.

Phobia was terrible.  It didn't exactly have the best reputation when it was located on 290 in north west houston, but since moving to the South Beltway near Pearland, its gotten worse.  I understand they have moved and now they have to rebuild, but the attraction is nothing but a few shipping containers put together.  However they probably have the most potential to improve in the future.  Unlike every other haunt in town which has limited property for expansion, Phobia has plenty of property to expand in the coming years.  The rain this year has been very unforgiving to them. Forcing them to close on the 4th weekend in October 2015.

Nightmare on the Bayou

Nightmare on the Bayou was a joke.  Just plan bad acting, no attention to detail, and small.  You could build a better haunt with some bed sheets in your backyard.  Ok maybe thats a little extreme comparrison.  But your likely to walk out of that haunt saying "Thats It?"

Terror Dome started off years ago as a small attraction, that forced many consumers to question if the drive was worth it being its on the East Side of town.  However unlike some other haunts that open their doors each year with the "Its good enough" approach, Terror Dome has continued to expand and improve their attraction each year.  If there was a reward for most improved attraction, they would be the winner for the past 8 years. For 2015 I would rate them as #2 or #3 in terms of the size of the haunt.  Even if they are not the biggest haunt in town, they put a lot of effort into their scare factor.  They also have a Live DJ, Dance Lighting, and Go-Go Dancers on Saturdays, which help to alleviate any of the bore of waiting in line.  In my opinion Terror Dome is the Scariest Haunt in town, and may not be appropriate for young children.  Tickets cost $20 for General Line, and $30 for VIP.  The VIP tickets give you front of line access, plus you can go through the haunt as many times you want the same day.  They also don't charge for Parking which is a plus.  They also have group discounts for groups of 20+ people which can get your ticket prices down to $15.

Advertising does not equate to quality

Being Haunted Houses have a 1 month season, for the month of October and even the end of September, you are likely to hear and see lots of Advertising.  However don't confuse brand saturation with the quality of the experience.  Try to rely more on the reviews of your friends and family and not so much the reviews you may read online. Some of these haunts spend well over $100K on TV, Radio, Print, Facebook, and even Google Clicks in an attempt to attract fresh meat to their haunt.  The chances are if they sucked last year, very little has changed this year.  Also ignore any of the "Rated #1 Haunt by "insert publication name here".  Publications these days are desperate, and will give anyone the Rate #1 title as long as you buy enough advertising from them.