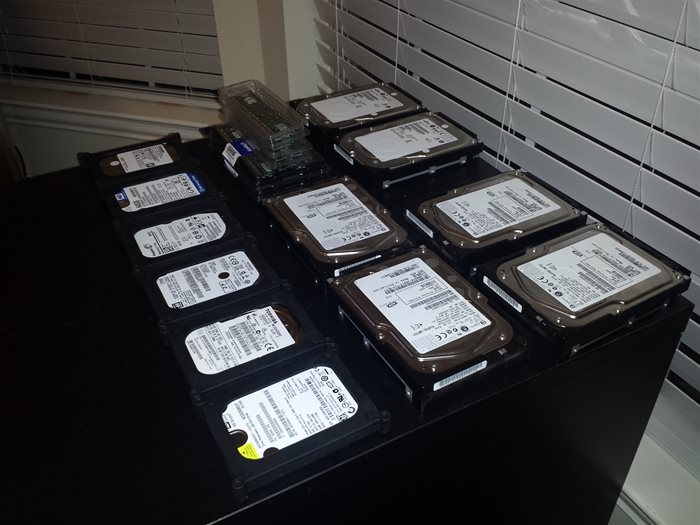 Realization from selling my stuff

My old server was cutting edge back in 2006.  However it was still getting the job done in 2014.  I never had a drive or power supply failure.  But still I upgraded because I needed more storage space.  I was talking to my datacenter guy, and he mentioned how cheap servers have gotten. It used to be that you needed to spend minimum $2k for a decent server.  Now you can get get a decent server for under $500 on ebay.  As matter a fact Ebay is getting rather saturated with decommissioned servers, and its pushing prices way down.  What people don't realize is that old servers can still do everything new ones can do.  For a test I installed Windows 10 on my old 2006 server, and it ran just fine, didn't even have to hunt for drivers.

What am I selling on ebay right now?

I have more stuff I am posting soon, but this what I have up right now.
If you are looking to score some deals on some SAS drives or 2.5" Hard drives now is the time.
Permalink
2926 Visitors
2926 Views
Tweet