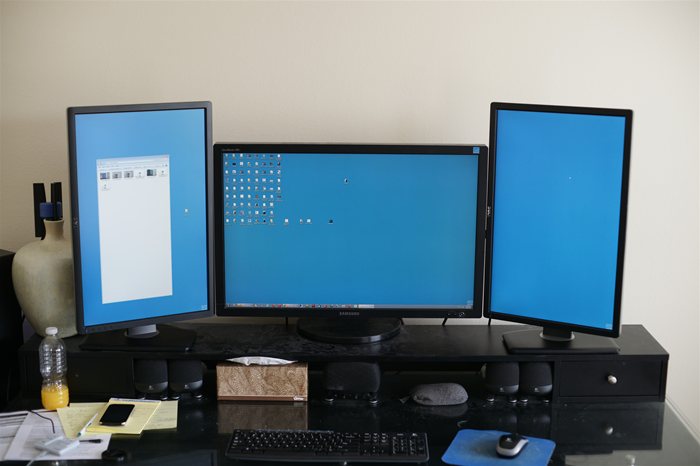 If you read my previous blog post, you know that I was having a little trouble with my Samsung 2493HM Syncmaster LCD monitor. I actually have 2 of them on my work station. I finally gave up on trying to repair it after the repair failed twice. I have upgraded to Dell 24" LED monitors. LED monitors cost a bit more than their LCD counterparts, but the cost savings in energy are worth it. I break out the kill-a-watt meter and put my old monitors against my new ones.
Read
3 Comments
20137 Visitors
20137 Views 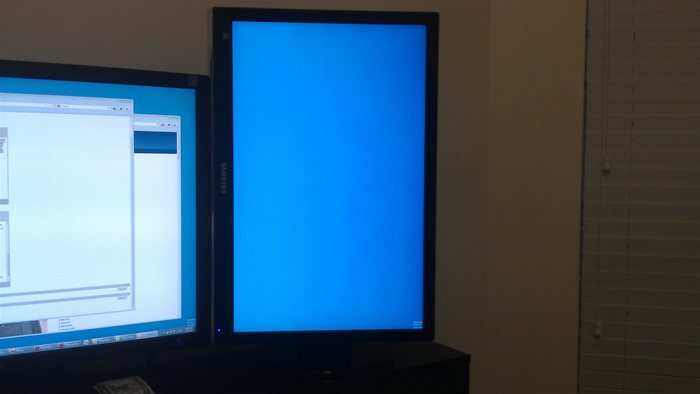 As some of you know I have invested into some serious desktop real estate. I have 3 Samsung Syncmaster LCD Displays. One is a 30" and the other 2 are 24". Everything has been working great for years. Then one of my displays ( Samsung Syncmaster 2493HM ), starting to randomly go out. Then it would make some weird clicking sounds. After a while it would make a loud pop and come back on. Occasionally it would also flicker before going out. Over time it got worse. After some researching, I figured out the problem, and was able to repair it myself for about $20 in Parts.
Read
48 Comments
47693 Visitors
47693 Views If you read my previous article you surely noted that 1 of my 3 Samsung Syncmaster 175V displays was having problems.  What do you do when one of your displays goes out? Replace it with two bigger ones.  I choose the Samsung 2493HM from newegg because of its ability to swivel for a tall screen.  This is especially helpful when writing code.  Read more about my setup on the full article.
Read
4640 Visitors
4640 Views I built my workstation about 5 years ago, and at the time it was cutting edge stuff.  However one of my 17 inch SyncMaster LCDs has been having issues for the past couple days.  The Picture still shows but its very dim. What is weird is when I hit the menu button the menu comes up with the right intensity.  I have searched google and it seems I am not the only person having this problem.  I don't have time to hunt ebay for replacement parts, so I ordered some a couple new monitors off newegg.
Read
5261 Visitors
5261 Views
1