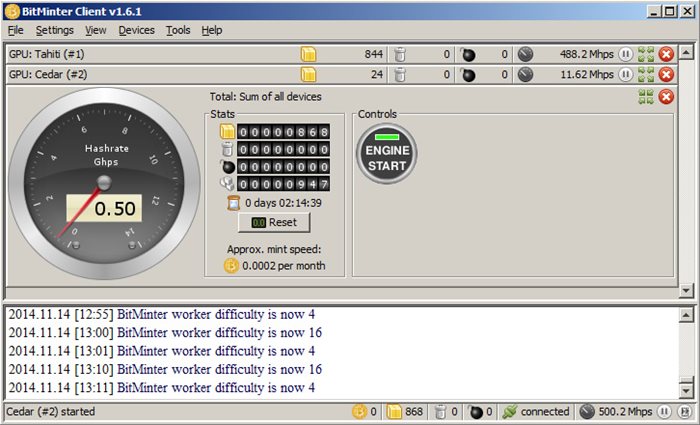 Months ago my ego told me to buy 20 USB ASIC miners, and start mining for bitcoin, but I instead restrained myself from this purchase.  Now looking back I regret not going ahead with my mining operation, as Bitcoin now hovers around $765 each.  At the time I was consideirng this, Bitcoin was around $82 each. But the question still remains.  Is it too late to get into the Bitcoin mining game?
Read
6455 Visitors
6455 Views 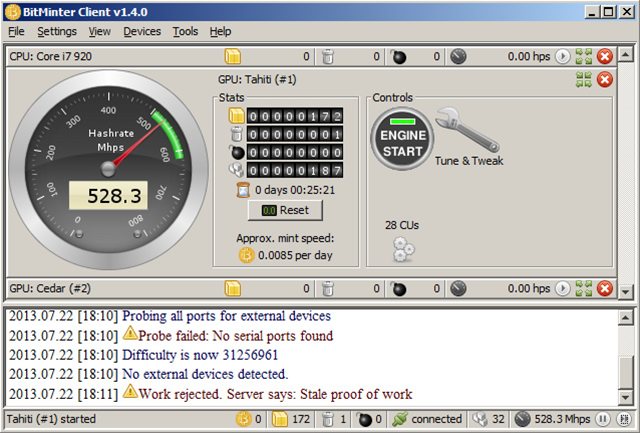 For a brief moment in time, the Network's Hashing power was getting close to 280 Thps.  Bitcoin had its biweekly reset of the difficulty level.  From the looks of it, this has eliminated any profitability of smaller scale GPU based mining operations.
Read
12905 Visitors
12905 Views

When you are considering upgrading your computer's hardware in an attempt to mine for Bitcoin, one the firs tthings you want to know is how much processing power does it take to mine a single Bitcoin, and how long will it take?  I have worked the numbers based on the current difficultly level.
Read
5 Comments
17841 Visitors
17841 Views
1>