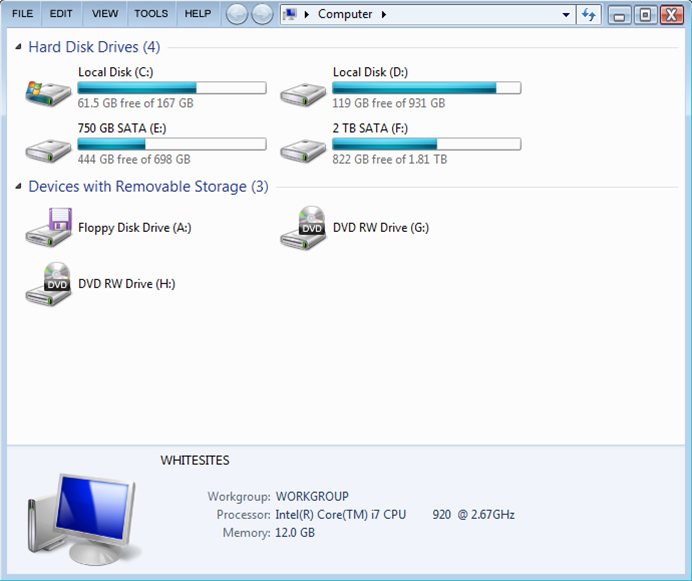 Lets pretend for a second that Steve Ballmer was hog tied and thrown into a closet, and you were given free reign to make the next version of Windows Look the way you want.  Here are some of my suggestions for Microsoft.

Free up the Vertical Real Estate

10 years ago most computers still had 4:3 aspect ratio displays.  Today its 16:9.  We have more horizontal real estate, but less vertical.  That when you consider the most common display size on a laptop is 1366 x 768, this doesn't leave very much vertical workspace.  In recent years Microsoft with Office 2007 and newer, they have gone to this more graphical layout that includes a band of graphics to represent various actions we used to hunt for in a dropdown menu.  Even though I appreciate the thought, most people were pretty used to the File, Edit, View, Tools, menubar, and we knew our way around it. Figure 2: Windows Panel Layout after my own personal tweaks

Granted this is just a rough draft I made using Fireworks.  So obviously some elements like spacing and padding would need to be addressed.  But the result gave me about 80 pixels of additional vertical real estate.

The underlying problem with the Windows Layout

For years we have been able to change simple things like backgrounds, color and font sizes. But we have never been able to manipulate things like padding, or the existence of title bars.  All I am asking is for Microsoft to give developers that wish to further customize their layouts the ability to do so.  One of the reasons Android is such a successful OS is because it gives developers the freedom to customize the layouts.  This is the reason Android from Samsung does not look like Android from HTC.  Each company customizes their layouts to what they think the users want.

If Windows allowed developers to theme their layouts, you would see Windows Layouts that look and feel just like MAX OSX, or like LINUX, or Like ANDROID.  After all Users are not in love with Operating Systems.  They are in love with Layouts.  The OS that can be everything to everyone will ultimately prevail.  If Windows doesn't go this direction, within a few years I am willing to bet that Google will.

Categories associated with What would make Windows 8 Great