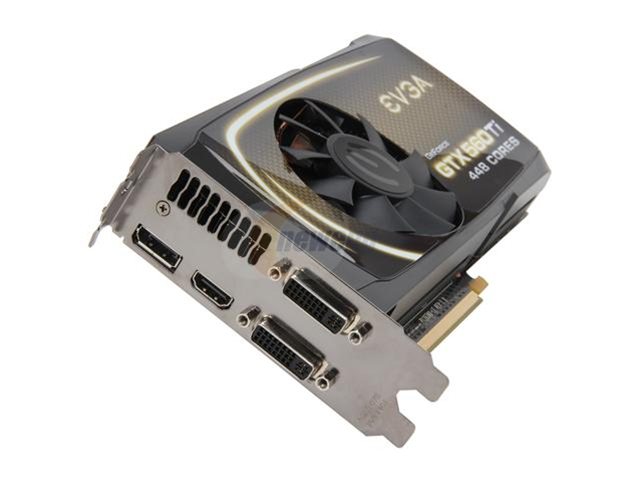 Graphics Card for the Fastest Rendering in Sony Vegas Pro 12 If you read my previous article, you already know I tried upgrading to dual GeForce GTX 650 Ti BOOST Video Cards, in an attempt to dramatically cut down the time to render 1080P Video using Sony Vegas Pro 12.  To make a long story short, the cards did not perform as expected.  You might have read other tutorials showing you how to encode faster, but these usually include reduced settings ( using 720P instead of 1080 P ) and reduced frame rates as well.  Join me on my quest to find the most powerful video card that Sony Vegas 12 Pro will actually utlize.

Why Fast Rendering with Sony Vegas is not simple.

If the solution just came down to the fastest most power graphics card being thrown into your current system, there would be no need to write this blog, and you would have already spend $4k on the latest Super Computer GPUs that exist on the market today.  But unfortunately for all of us who love Sony Vegas its not that simple.

Sony Vegas Pro 12 does not support SLI linked video cards.  Eventually when Vegas 13 comes out this is rumored to be fixed.  But until them you are stuck using a single video card.  You can put all the video cards into your system as you want, but Sony Vegas will only use 1 of them.

The next problem is Sony Vegas Pro 12 will not work with the latest cards on the market.  From what I have read Sony Vegas Pro 12 will only support Video cards up to the GeForce GTX 500 series or older.  This was the main reason the GTX 650 Ti BOOST showed worse performance than my GeForce 9800 GT ( current REALLY OLD video card ).

Sony even hints of what GPUs will work on their website
http://www.sonycreativesoftware.com/vegaspro/gpuacceleration

As you can see the GTX 570 seems to be the winner as far as Sony was concerned as the time of release.

To take full advantage of the GPU-acceleration in Vegas Pro 12, you will need a supported card with at least 512 MB of GPU memory.

NVIDIA recommends NVIDIA Quadro for professional applications and recommends use of the latest boards based on the Fermi architecture.

Requires an OpenCL-enabled GPU and Catalyst driver 11.7 or later with a Radeon HD 57xx or higher GPU. If using a FirePro GPU, FirePro unified driver 8.85 or later is required.

Online Discussions indicate the GeForce GTX 600 Series are not compatible

You can see on the message board other users complaining about their GTX 600 series graphics cards not giviing them any edge in performance over the CPU alone.

Assuming the GTX 500 Series is the fastest Card you can get for Sony Vegas, this means you need the top card in the 500 series which is the GTX 580.  The GTX 580 is a PCI-E 2.0 Card with 512 Cores, 850 Mhz Core clock speed, and 1536 Mb of GDDR5 Ram.  It is the most power Fermi based video card that exists.  And it fits snuggly into a single PCI-E slot ( unlike its double wide siblings ).  But that performance and compact design comes at a cost.  It cost almost 2x as much as the cheaper GTX 560 cards.  Plus it requires water cooling ( notice the water ports on the top of the card ).  Adding Water cooling to your system could set you back another $100 if not more. What is the most powerful Cost Effective Video Card for Sony Vegas 12 Pro?

Since modifications to our system to support the GTX 580 are too costly,  especially for an 3 year old system.  The next question is which single video card will support Sony Vegas 12 Pro can maximize our Rendering Speeds?  To answer this I called the techs at NewEgg.com  Brett game me some assistance in evaluating the 560 against the 570 to determine which card would give me the most value.  We agreed that 560 Ti was the best value. The GTX 560 Ti has 448 Cores, 1280 MB 320 Bit GDDR5 memory, With the Core clock speed of 797 Mhz, and its based on the Fermi Architecture which Sony Recommends.  This is the card I finally went with.  I will post detailed benchmarks once it arives in a week ( I opted for the Slow but Free Shipping ).

The only negatives of this card is its a PCI-E 2.0 card.  meaning it will never be able to take advantage of the faster buss speeds of the PCI-E 3.0 slots ( which my future system would likely have).  However I am told that most PCI-E video cards don't come close to taking advantage of the 3.0 slots anyway.

On the positive side. The card does support SLI linked setups. So once Sony Vegas Pro 13 comes out ( with rumored SLI support ), I can buy a matching card to get the best performance out of my setup.

Additional Notes
Please keep in mind that my primary focus in using Sony Vegas is to export AVCHD / H264 video at 1080P 60P.  The video has some text and a logo overlayed, but no fancy effects.  My system is an older Intel i7 920 @2.6 Ghz.  Its possible that my CPU could be the bottleneck in my setup.  The primary drive is a 3 x 60 GB SSD RAID 0 array. So Read / Write and Latency is not of any concern.  I also have no interest in playing games.   I gave up my addiction to Wolfenstien Enemy Territory for a weaker for more manageable addiction to Crack, and Prescription Pain Meds. ( Sarcasm )

I have tested my new GTX 560 Ti card in Sony Vegas Pro 12.  My Old 9800 GT card took 2:02 to encode a video.  The same video took 1:41 using the new GTX 5:60 Ti.  This was faster, but not as fast as I was hoping.  One setting I did discover is a project setting for encoding in 32bit vs 8 bit.  Once I changed this to 8bit, my encoding times dropped to 1:20.  Afterwards I checked the video, and there was no degrade in quality, so from here out on I am encoding everything in 8bit.

At this point I feel the bottleneck is my CPU.  During encoding my CPU hits 95 degrees Celcius.  I think my CPU is downclocking to keep the temperatures under control.  Next system I build will be water cooled.  Air Cooled just doesn't get the job done.

Seems that no matter how many ports the Nvidia cards give you, you can only use 2 of them concurrently.  ATI cards on the other hand can use all of them.  Something to keep in min if you are trying to build a massive multimonitor system.
Permalink
18474 Visitors
32551 Views
Tweet

Excellent article by the way. It's hard to find information about this stuff.

Paul | Oct 7, 2013 10:06 AM
It depends on how complex a file you are rendering.  If its just simple Text Overlays on top of video then there is about a 10% improvement ( not what I was hoping for ).  But if you you include some animations, and fancy transitions, then the GPU starts to really shine.
However I sold my GTX 560Ti, and bought a Radeon HD 7970, as it did much better with bitcoin.  But now that Bitcoin difficultly has gotten so bad, I have aborted bitcoin mining.  Still my rendering times have been very good using my 7970.  The only difference is when rendering my videos I have to set it to use OpenCL instead of CUDA.  I made the switch from Nvidia to AMD/ATI based cards as I feel when Vegas 13 Pro comes out it will be more suited for OpenCL.
Plus my 7970 will actually run all ports at once.
Hope this helps.
Andreas Skof | Nov 4, 2013 9:29 PM
Well this is nice article but not quite true. Vegas 11 and 12 do support dual graphic cards and the proof is here. However, if you want to take full advantage of having 2 GPUs in your system you also need a motherboard that supports full 2x16 PCIe. So far I think only socket 1366 and 2011 can handle 2x16 PCIe.
You can also get SLI working for the two cards, it's quite simple in fact. All it takes is changing a setting in the Nvidia control panel. If you set the "Alternate Frame Rendering" setting to "1", enable SLI and fire up Vegas Pro you will see that now both cards are working in SLI mode. I have tested it and found that it is in fact slower then disabling SLI or set it too "Enable all Displays".
Also keep in mind that CUDA core count are not the only "speed" factor. The memory bandwidth plays a great role too and a GTX570 has bandwidth of 384 compared to 128 on the 560Ti.
dvjrickkraft | Jun 4, 2015 4:06 PM

The nVidia GPUs don't support OpenCL so Vegas can't really fully utilize all that GPU power.  The AMD based GPUs seem to give a much bigger boost to not only rendering, but the pesky timeline framerate as well!

Sony Vegas supports rendering with both Open CL and Cuda ( whats in NVidia GPUs ).  This article is a little dated now, so I am sure there are better options for rendering.  However considering my system is still using a 1st Generation Core i7, my CPU is likely part of my performance problem.  My Laptop which has a Core i5 ( 3rd Gen ) can render videos faster than my older workstation.  Granted I am not using any heavy overlays, its just downscaling 1080P to 720P at a reduced Bitrate.

After realizing that my NVidia GTX 750 TI didn't work with CUDA rendering acceleration on Sony Movie Studio 13 Platinum (or Sony Vegas), I bought a GTX 560 TI and plugged it beside GTX 750 TI. My Intel Core i5 4460 has Intel Quick Sync to.
I think my results and comments will help many people.

1- When using NVidia GPU, Sony Movie Studio 13 (or Sony Vegas) works with Fermi microarchitecture (or older) only. So you are limited up to GTX 5xx boards.
So if you have a cutting edge GTX 6xx or newer, it will help you on playback preview windows, but NOT IN CUDA RENDERING. With these newer GPUs, rendering 'CPU only' or 'CUDA if available' will be the same.

2- If you have two GPU in the same PC at the same time, both enabled, Windows and games works fine, but your Sony Movie Studio 13 (or Sony Vegas) will NOT render with CUDA using any of them. If you have board A, board B and board C, and you want to CUDA accelerate your rendering with board B, you need:
1st: Set your board B as the main board in BIOS. It's fast and easy, don't be feared. Note that you will need to have at least one monitor physically linked to board B.
2nd: On Windows, go to Device Manager, then Display Adapters, then Disable board A and board C (remember that you will use board B).
3rd: Open your Sony Movie or Sony Vegas and enjoy.
4th: After the job is done, re-enable your board A, reset your PC, set board A as main in BIOS, relink your monitor to board A output.

This way you can enjoy your games with your newest GPU and use your dedicated CUDA Rendering GPU only when necessary.

It may seem tedious.. it is a little, but was the only solution I found.
At the internet you see many people giving tricks for enabling iGPU with GPU at the same time, but none of them worked for me.

My comments:
GTX750TI isn't a Fermi GPU, so CPU Only and CUDA if available gave me almost the same results.
Intel Quick Sync (quality) option on Sony Movie Studio didn't work for me.
Intel Quick Sync is really fast. If you don't want to spend some money on a Fermi GPU, it is the way to walk. Remember: You will need to set iGPU as the main board in the BIOS, link your monitor to the onboard output and disable your offboard GPU on Windows.

Great reading... but it's old. Would be any chance of this being updated to modern cards like thd GTX 980ti and thx Radeon w8100.